1. Belle (Singing) – The leading lady, a young and beautiful person both internally and externally. A dreamer.

2. Billy (Singing) – Belle’s best mate. The leading man a great friend to Belle and the audience. Billy is to Belle as Buttons would be to Cinderella in that panto. A funny, enthusiastic likable rogue, but not a love interest.

3. Bettina & 4. Belinda (Singing) – Belle’s sisters, they are young and very beautiful externally but internally are a bit selfish and material. They care only about themselves, their belongings, their Facebook image and their looks. A fun part for two young ladies.

6. Baron Barnaby Bad-ass (Singing) – One of the villains of the story. Another inventor but a shrewd and calculating one. He is greedy and rich, Well spoken, an old fashioned baddie, with black top hat and cape etc. While he is not stupid, he is sometimes silly and not as evil and calculating as his wife who is clearly the brains of the relationship.

7. Baroness Beatrice Badass (Singing) – His Wife. A very nasty lady. Evil to the core, seriously nasty and selfish. Will stop at nothing to get what she wants.

8. The Beast (Singing) – The beast must show many facets to his character. He is good at heart but twisted and angry because of what has happened to him. He flies from ferocious temper to regret and love, animal physicality and movement important.

9. Marcel – The Beast’s Butler – A French butler, over dramatic, excitable and very likeable.

11. Jessie (Could be Male or Female) – (Singing) An elderly pair of gardeners that work for the beast, they are an old Scottish couple. He is a very friendly, funny, loud character. She is lovable and bubbly. Much more with it and in control than her husband. Mrs Doubtfire marries Billy Connolly.

14. Prince Ferdie (Singing) – The handsome Prince appears at the end when Belle admits her love for the Beast, breaking the spell. A small part for a handsome man. But will probably have a blinder of a song! 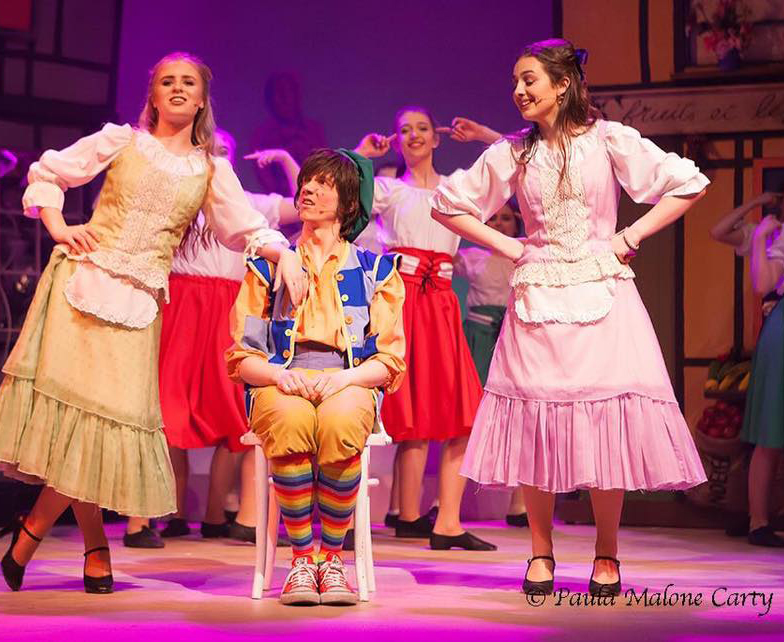