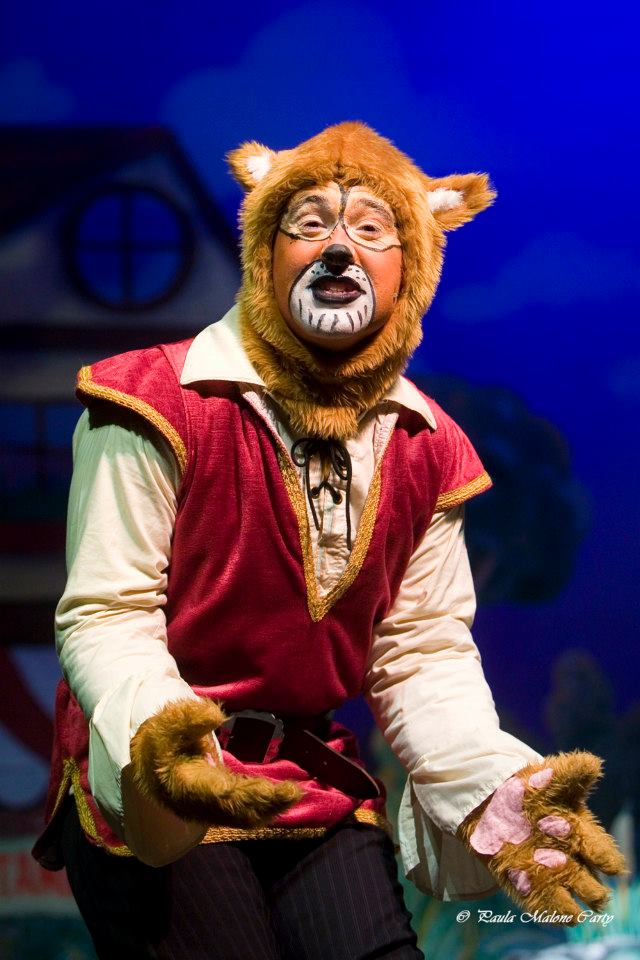 Forget everything you think you know about Puss in Boots and prepare to witness the real story as you read “The Original Tail of PUSS IN BOOTS”.

When the Miller sadly dies he leaves his three sons each something very different. Colin the youngest thinks he has been very hardly done by when all he receives is the Miller’s CAT! But little does he know that he has in fact just been handed a very special cat that will become not only his best friend but his salvation!

As our fantasy begins our heroes Colin and Puss have just arrived in the beautiful kingdom of Botanica which is ruled by Queen Marigold and her three daughters Pansy, Petunia and Poppy with the unwanted help of the Royal Adviser the sniffling Barnaby.

But all is not well as an evil Giant “hewhowearenotgoingtosayhisnameincasesomethingreallybadhappens” or Taxamus, if you are brave enough to say his name. Well he is demanding huge taxes from all the poor people of the village and sends his two evil debt collectors Taggart and Tennent to terrorise the poor villagers. It’s up to Colin with the help of Puss to put right these wrongs. When Colin stumbles to his first victory over Taggart and Tennent he is put forward by Barnaby, as the man to go and sort out the evil giant once and for all, if he succeeds he can return and marry the fair maiden Poppy if he fails she will probably have to marry Barnaby!

So Colin and Puss head of on the adventure of a life time to defeat the giant, win the girl, and reach their happily ever after.