Jack and the Beanstalk

Our latest script is a slightly different take on a classic tale of Boy verses Giant. A big adventure featuring new and hilarious characters including a talking cow and one hell of a Dame!
Join Jack, his girlfriend Jill, his Mother Dame Daisy and his pet cow Dougie as they set out on the adventure of a lifetime up the Beanstalk to battle Mr Big the Giant.

Beauty and the Beast

This is a new and exciting PANTO take on one of the most magical and beloved of all fairy stories, cartoons and now a new motion movie. In our version the heroine Belle follows her dreams and adventures into a magical new world in which lives the Beast who must learn to love to break a spell that is upon him.

In our latest script we join the swashbuckling Robin Hood and his band of Merry Men as they protect the people of Nottingham from the evil antics of The Sheriff and his evil counterpart Prince John’s mother – Mumsie.
While Kind Richard the ruler of the land is away his simple brother Prince John holds the throne but the evil Sheriff and Mumsie hold the power. They also have Robin’s girlfriend
Maid Marian as she is a ward of the Prince. So our hero is set for a big battle has he strives to protect the people and get his girl. Action, adventure, music, song, love and bags of laughter are the order of the day in this brand new and exciting Panto adventure.
Tally ho, here comes Robin Hood!

What’s better than one panto?.......Four Pantos! “Snow white and the Babes in the Wood” is a new and exciting, original concept from the brain of Thomas O’Leary. If you are looking for a show with lots of parts for all your budding stars young and old, then you have come to the right place. Join Snow White and Horace the Huntsman as they venture through many fairy stories including, Rapunzel, Hansel and Gretel and Red Riding Hood. Narrated by the Brothers Grimm this show is pure fairy tale magic! 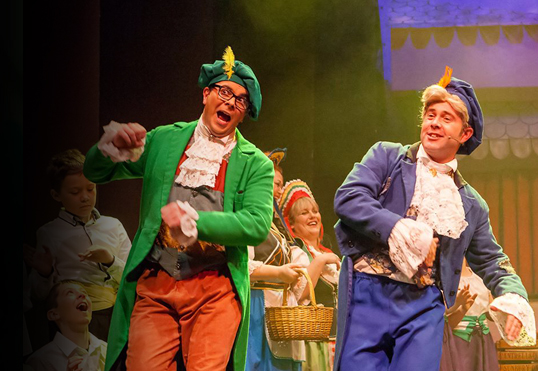 The Pied Piper is a unique and exciting new panto take on a classic German tale. If you are looking for something new and exciting this is the script for you. With a brilliant range of comedy characters and some evil rats this panto gives the perfect opportunity for a large chorus of children to get involved as the town’s children and rats.

Puss in Boots is a fun adventure with lots of great characters and can have up to three dames. It also has two Scottish baddies, a scary giant and a fast talking comedy cat. High speed fun for all the family!

Sleeping Beauty is one of the oldest and most beautiful fairy stories of all time and now it's a new and exciting Panto. With three hilarious fairies, a handsome prince, plenty of baddies and a happy ever after to wrap it up, This is a dream script for your group.

Finally here it is, the ultimate version of the greatest Panto ever – Cinderella. This is a beautiful traditional retelling of the most popular love story of all time. In our version Cinderella or Ella as she is known to her friends finds herself in the usual predicament of being stuck with an Evil Stepmother and two Ugly Sisters but luckily she has great friends too in the form of Buttons and the house cat Pippa to help her reach her happy ever after. 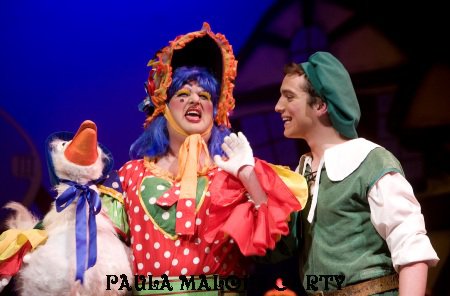 Mother Goose is a lively new take on one of the greatest classic pantos of all time, as the hilarious dame Mother Goose searches for riches and eternal youth. The tale of the goose that lays the golden eggs is a brilliant fun romp with a crazy band of characters of all ages.

Robinson Crusoe is the ultimate seafaring adventure for your group. With two magnificent dames and a host of other crazy characters this is a fast moving swashbuckling adventure that is sure to impress.

Peter Pan is a magical mix of the traditional story with all your important Panto elements. There is a small amount of flying and lots of fun characters, including a mixed band of pirates, a talking dog and some wonderful parts for the younger members of any group.